The Essence Of Life 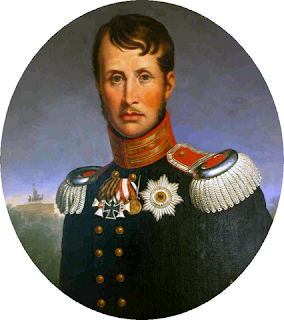 In the Early 19th century, King Fredrick William III of Prussia was determined to free his country from Napoleon's rule. Men and boys throughout the country enthusiastically enlisted in the army. They, too, wanted to free the "motherland" from a hated yoke of oppression.
Lacking finances to fund what is now known as the Prussian War of Liberation, the king provided a way for the women to sacrifice for their country as well. He asked them to bring their gold and silver jewelry to be melted for their country. In exchange, the women were given iron jewelry with inscription Gold gad ich fur Eisen ("I gave gold for Iron").
The Women donated jewelry just as enthusiastically as the men enlisted in the military. Wearing gold or silver jewelry became viewed as unpatriotic and the women prized their iron even more highly than the gold. It was proof that they had sacrificed for their king.

We, too, must be committed to a gospel mission. A fear to give to the Lord exposes our lack of christian patriotism.


Total commitment begins with offering ourselves. This is the Pattern the Macedonian Christians followed: "And this they did not as we hoped, but first gave of their own selves to the Lord, and unto us by the will of God."  2Cor 8:5

The essence of life is not ownership; it is stewardship.

Chilando family at www.martinchilando.com
Posted by Harvester at 2:10 PM No comments: