HOW TO START A CHURCH 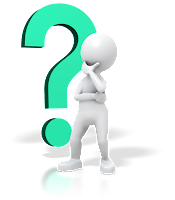 I've had people ask me, "How do you start a church?" This is a question I asked myself while I worked on church staff. I even went online to see if anyone had any special system that works. I read up on guys that did all kinds of different things which were mostly of no use in the place God had called me to.


So I asked myself the question. “Why do we go into towns and countries to start churches?”  So many times we are guilty of making the great commission so complex when it is SIMPLE. GO – TEACH – BAPTIZE – TEACH. (Matthew 28:19-20).

1. KNOW WHY WE START A NEW TESTAMENT BAPTIST CHURCH

DO NOT go in an area with plans to establish a church, this would be placing your desires to do only what Christ can do. GO with the desire to reach as many people as possible to Christ. Remember that Christ is the Builder, he said, “I will build my Church and the gates of hell shall not prevail against it.” If we give Him the building materials (converts), He will use them to build His local church.

So we start churches in order to win as many people to Christ as possible. Everything else is a means to this END.

2. KNOW THE IMPORTANCE OF SOUL-WINNING AND DOOR-KNOCKING

It’s not just about filling the Lord’s house Sunday morning. For what profit is it if we have great attendance but, not converts? Our desired purpose should be to bring the lost to the saving knowledge of Jesus Christ with the intent of making disciples -  John 15:8. As someone once said, “win all you can, as often as you can, and let God worry about whom will ‘stick’ in the local church He is using you to build”.

3. KNOW THAT YOUR STATE OF MIND MUST BE FIXED ON CHRIST ALONE

Nothing can give you more confidence in what Christ can do through you, than having seen Him build something through you. If you have never started anything or helped your pastor grow a ministry in your church. You’re setting yourself up for failure and discouragement. Working hard in your church shows you have a character of loyalty, a desire to see a ministry through and ability to generate financial support through the offerings of those you reach.

When you’re invaluable in your local church, God is ready to use you.

IT IS IMPORTANT TO NOTE THAT:

“Whether therefore ye eat or drink, or whatsoever ye do, do it all to the glory of God”

Posted by Harvester at 12:10 AM No comments:

"You can not succeed at anything, if  you do not attempt anything."

However when you attempt something, you open the door to failure. Therefore we conclude that success attracts failures.


What are the pitfalls, of being driven by success at the pulpit?


Instead:
" I charge thee therefore before God, and Lord Jesus Christ, who shall judge the quick and the dead at his appearing and his kingdom; Preach the word; be instant in season, out of season; reprove, rebuke, exhort with all longsuffering and doctrine. For the time will come when they will not endure sound doctrine; but after their own lusts shall they heap to themselves teachers, having itching ears." 2 Timothy 4:1-3

To remain Biblical in ministry we must be driven by the Word of God.

www.martinchilando.com
Posted by Harvester at 10:38 AM No comments: