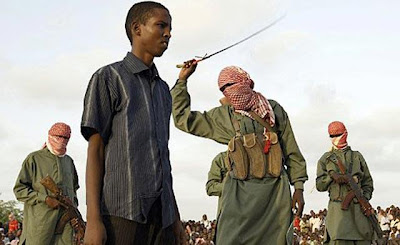 The Yemeni Constitution guarantees freedom of religion, but it also declares that Islam is the state religion and that Sharia is the source of all legislation. Expatriates are allowed to practice Christianity, but any Yemeni citizen may be executed for converting from Islam.
Source: Open Doors World Watch List 2010
Posted by Harvester at 4:04 PM